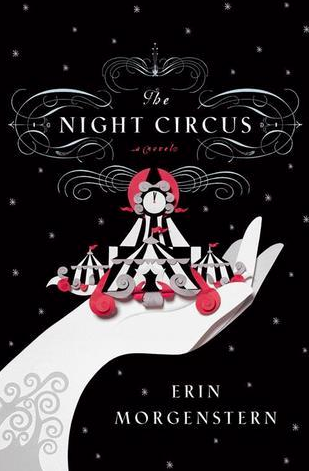 Whenever I set down a book and it’s not because I have other urgent matters to attend to like, ahem, my family or my job, then undoubtedly I come to the conclusion that there is something wrong with the book. It took me about a week to slug through this one. I was frustrated by this book, quite literally, from the beginning to the very end.

Several things just did not line up for me. When I boil it all down, it’s really quite simple, I expected something and did not receive it. First off, the “fierce competition” is a complete joke. In order for what takes place between Celia and Marco to be anything resembling “fierce”, I would think the competition needs to be either fast paced, which it is not because it spans well over fifteen years, or there needs to be some serious magic being thrown down causing immense heartache on either side. But this just didn’t happen. Secondly, the “beautiful romance” that was promised in other reviews? Nope, didn’t see it. I desperately wanted it to happen too, quite frankly I was aching for because I love it when the main characters find love and happiness, who doesn’t? I was rooting and cheering for Marco the whole way, even though I wasn’t convinced AT ALL as to how he was in love with Celia. Thirdly, there was a consistent lack of explaining how anything worked; no explanation for the purpose of the competition, the rules or the way magic was constrained. At times, there was a seemingly “limitlessness” to Celia and Marco’s abilities and then, at not-so-convenient times, their magic was mysteriously not allowed to do something because it needed to abide by the rules that were never communicated.

Now, what I did find enchanting about the book were the lush and vivid descriptions of the circus. As a writer these details really stuck out to me, pulling me into the atmosphere so much so that it was almost like I could feel the silky material of the tents and smell the fragrances around me. Yet, such gorgeous imagery doesn’t make up for a lack of plot, pacing or characterization seeing that Marco and Bailey were the only two characters who I felt were the most well drawn out, since the rest were, well, meh, not so much.

Through ALL of my frustrations, however, I was STILL willing to put them aside because I desperately wanted to like this book. I think this is mostly because those descriptions were so damn lovely and I didn’t want to dislike a book that could ensnare my senses in such a way. But truth be told, that ending was just anti-climatic. Maybe I’m just a masochist who demands tragic endings, since for me this typically, and regretfully at times, translates to someone selflessly giving up their life to save their loved ones.

Ultimately, if you can set aside what the summary says because I believe it is a definite stretching of the truth, then you might actually enjoy this book. This book takes place over several years, it is about a circus and the people in it, their lives, loves, and struggles, there is a little bit of romance but it is not the gripping to the edge-of-your-seat kind of romance, and the descriptions will have you dreaming of black and white tents and somersaulting kittens for a few days after. So, if you are patient, can keep pace with the interruptions in POV and the leaps in time, then this book might honestly suit you just fine.

I think if I had gone into this book with a different expectation, I probably would have enjoyed it a lot more. The summaries of the book itself and found everywhere online just don’t do it any justice. I feel like the book was marketed in such a way that the team who sought to write the summaries were writing about the book they WISHED was in their hands and not the book that ACTUALLY was.

“The Night Circus” was alright. I admired the lush descriptions of the circus and would recommend readers to disregard the hype and simply take it for what it really is.